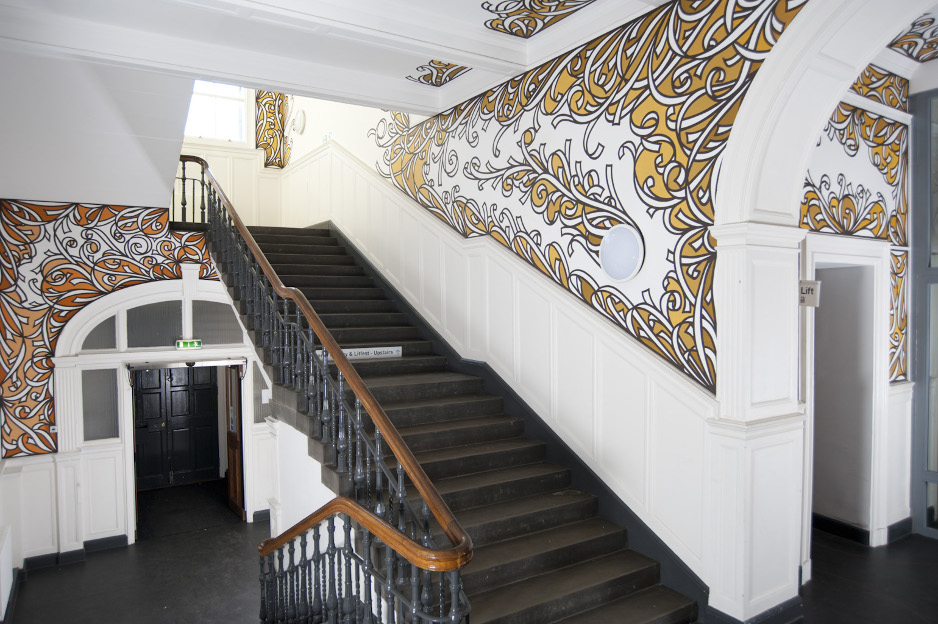 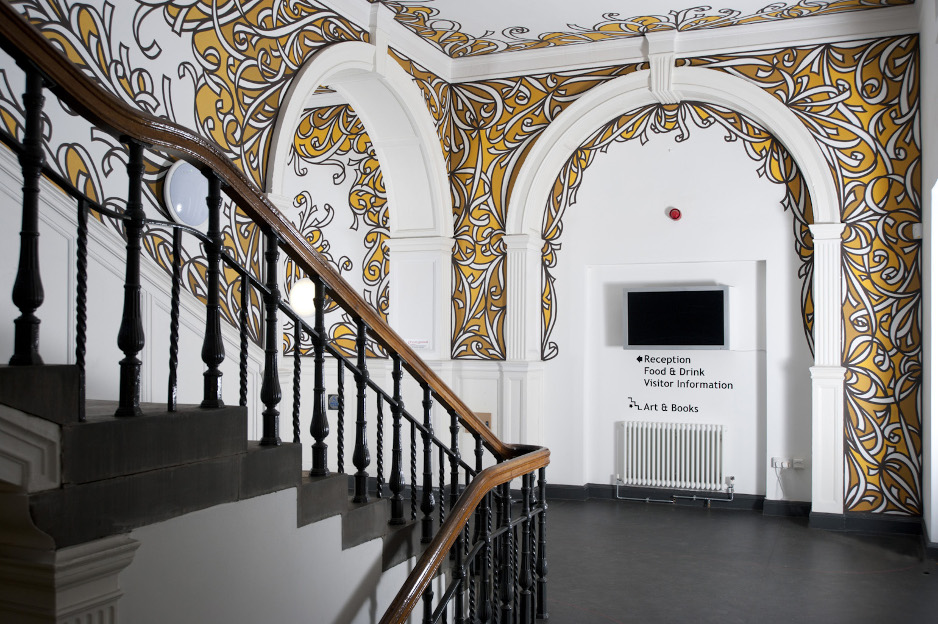 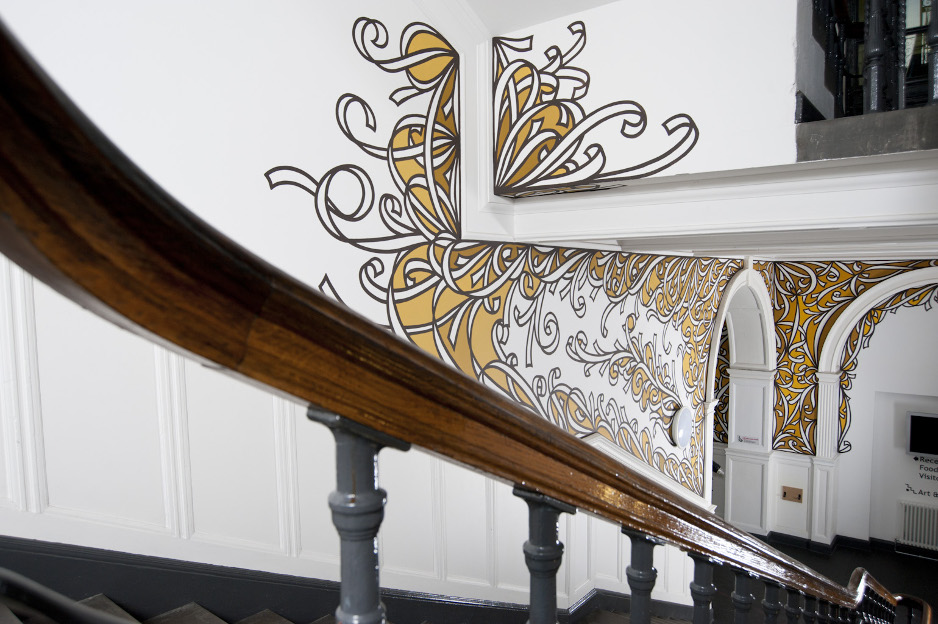 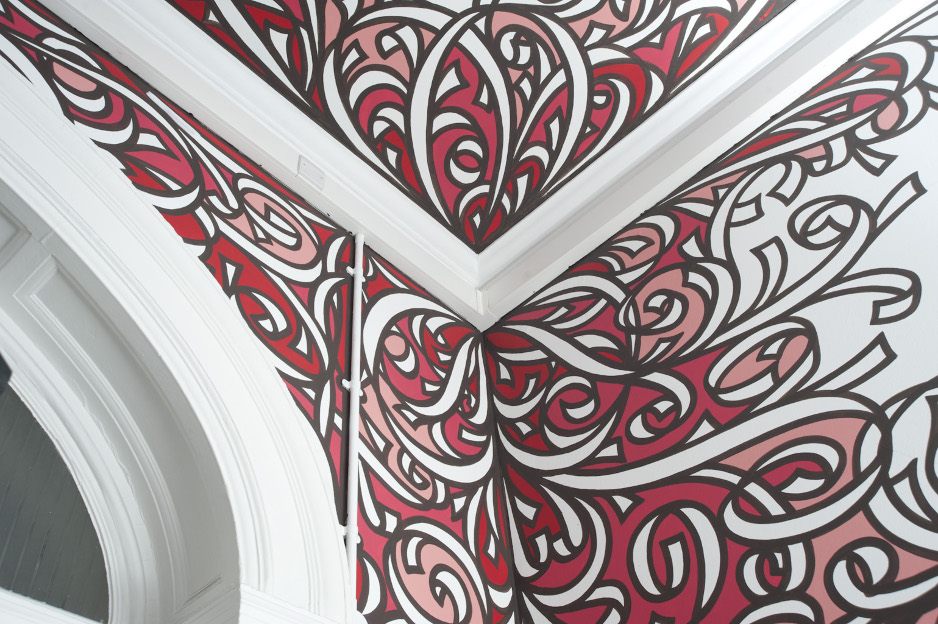 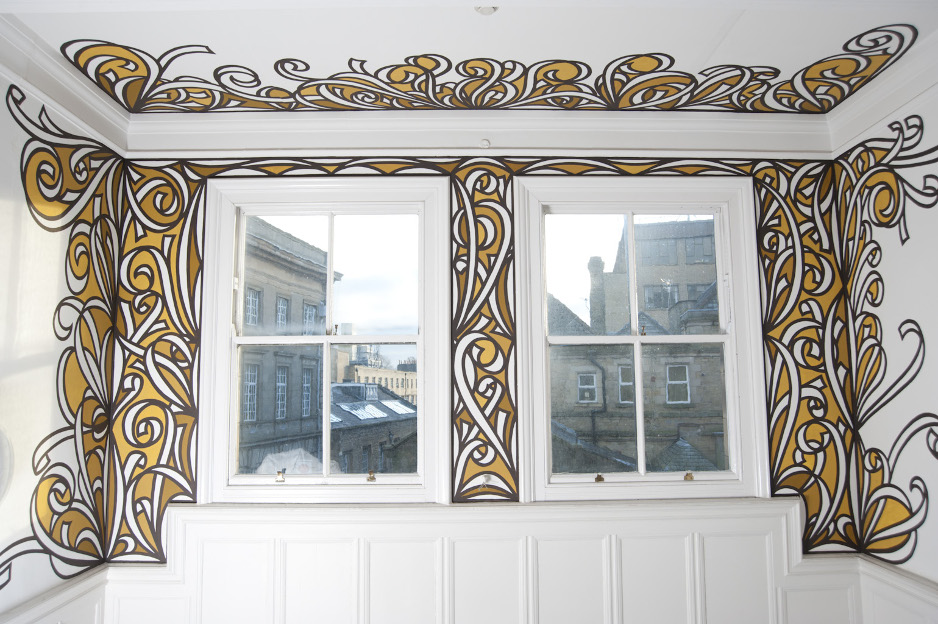 Artist Tod Hanson was selected to create an interior artwork for the entranceway and staircase of the Storey Creative Industries Centre in Lancaster. The late Victorian building, which was built in 1898, was once a technical college but now houses arts organisations Litfest and Storey Gallery, the city’s Visitor Information Centre, fifteen creative businesses and a bar and restaurant.

The bold graphics of the design draw upon Tod’s interest in comic books, historic architecture and the Baroque. The work brings the building up to date, creating a sense of arrival in the impressive entrance atrium, and enlivening the space while also enhancing and echoing the historic architectural features of the building. The design concept is reminiscent of ticker tape, which at points appears to have ‘caught’ on features of the interior, such as lighting set into the walls.

As project manager working on behalf of Lancaster City Council, Suzanne led the project steering group, artist selection, design development, public consultation and liaison with partners and local authority planning officers including the Access Officer and Conservation Officers. The final delivery of the project was overseen by Storey Gallery.