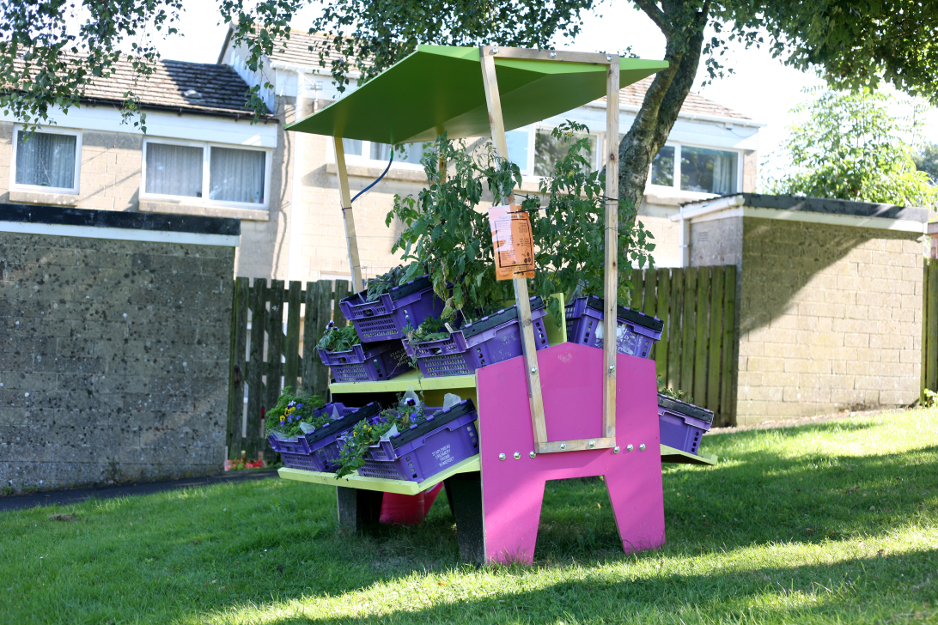 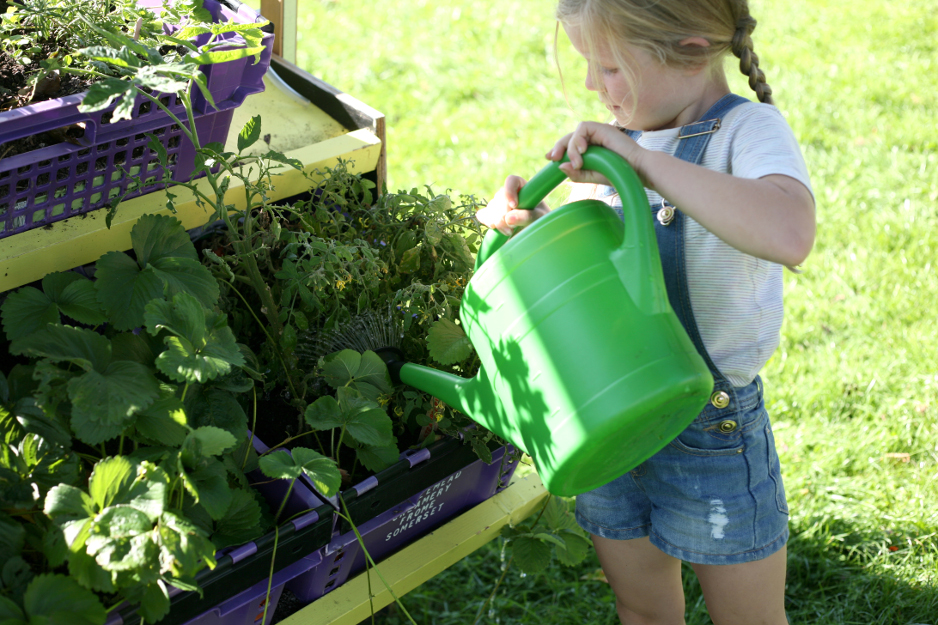 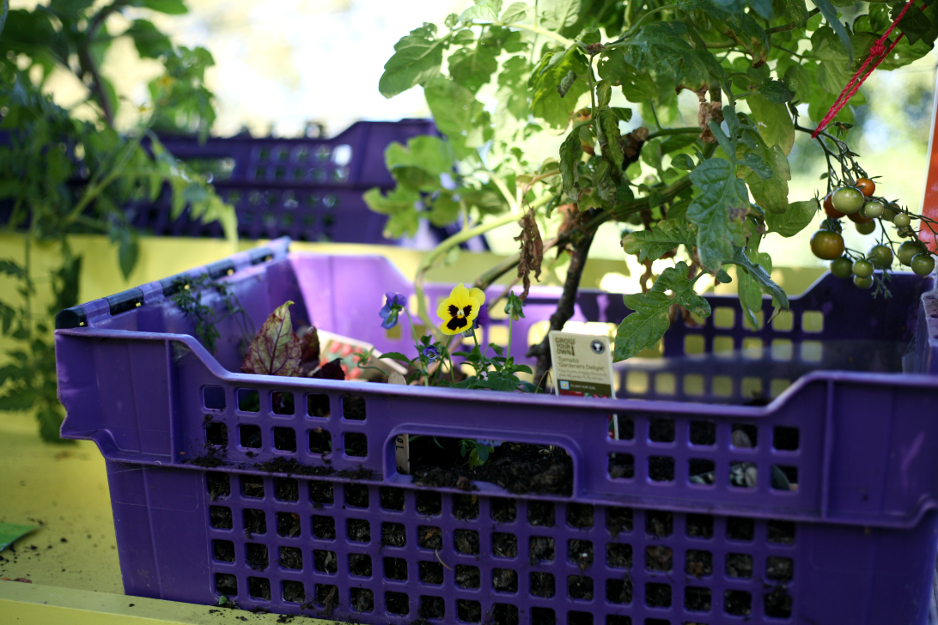 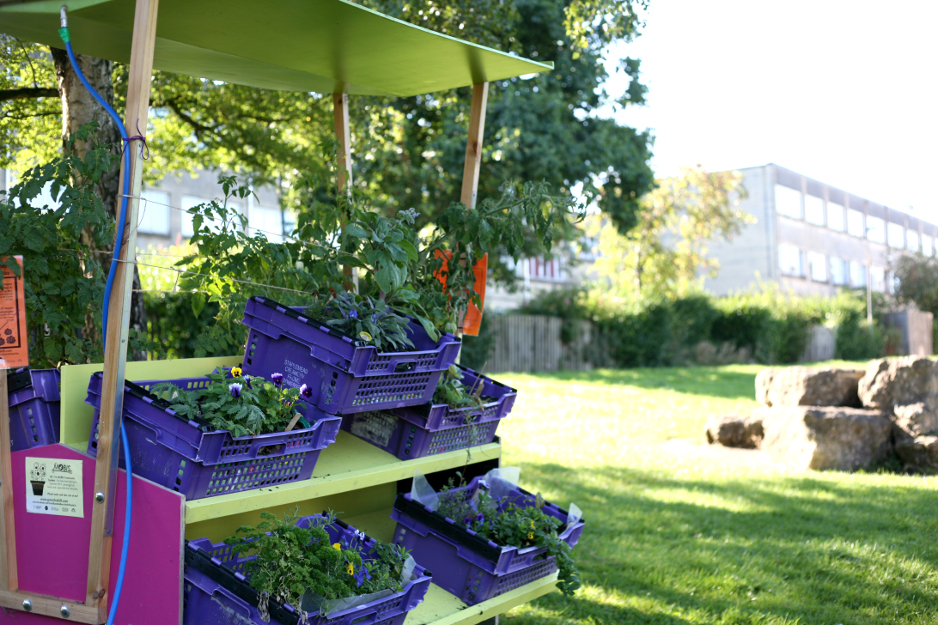 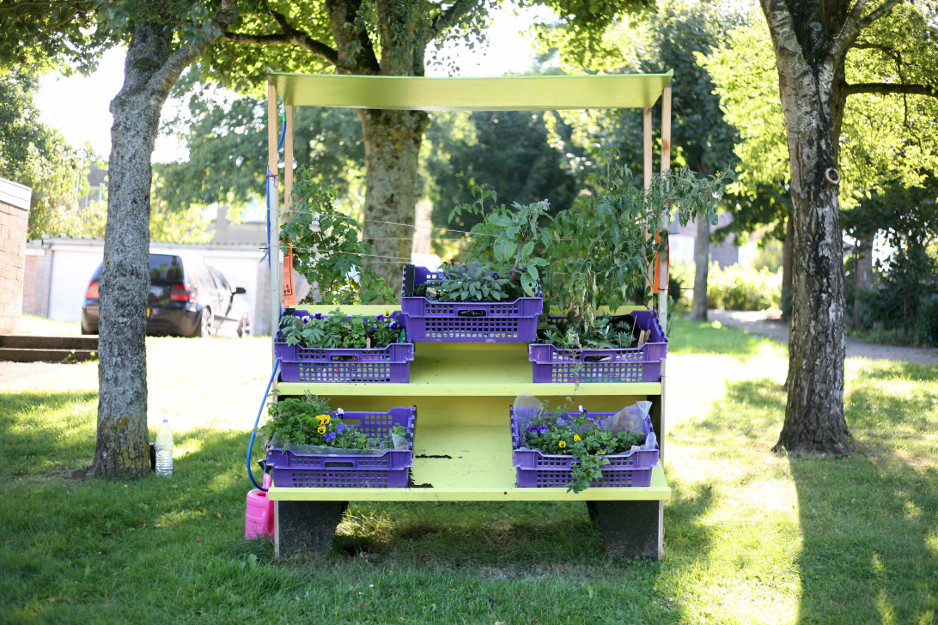 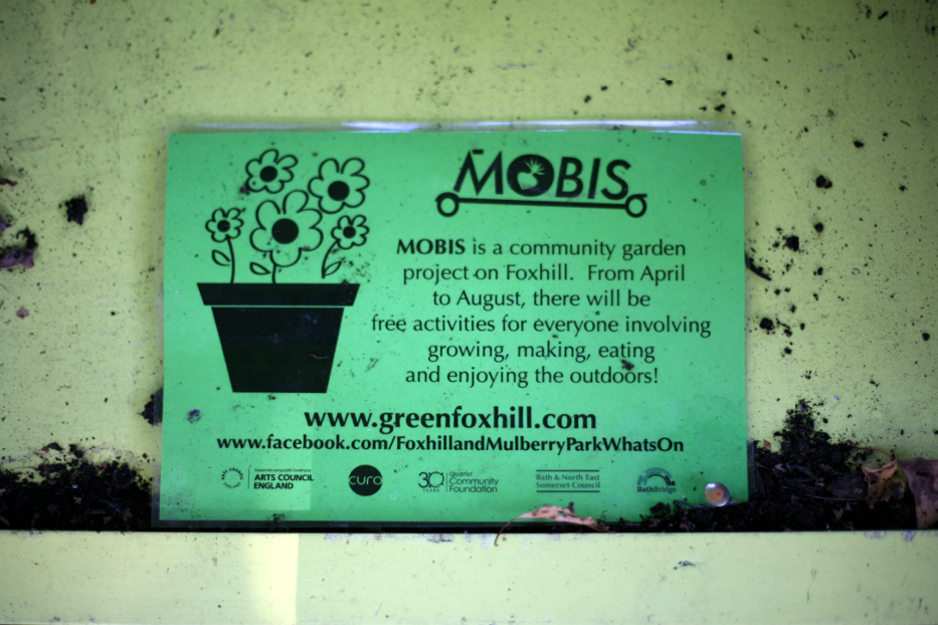 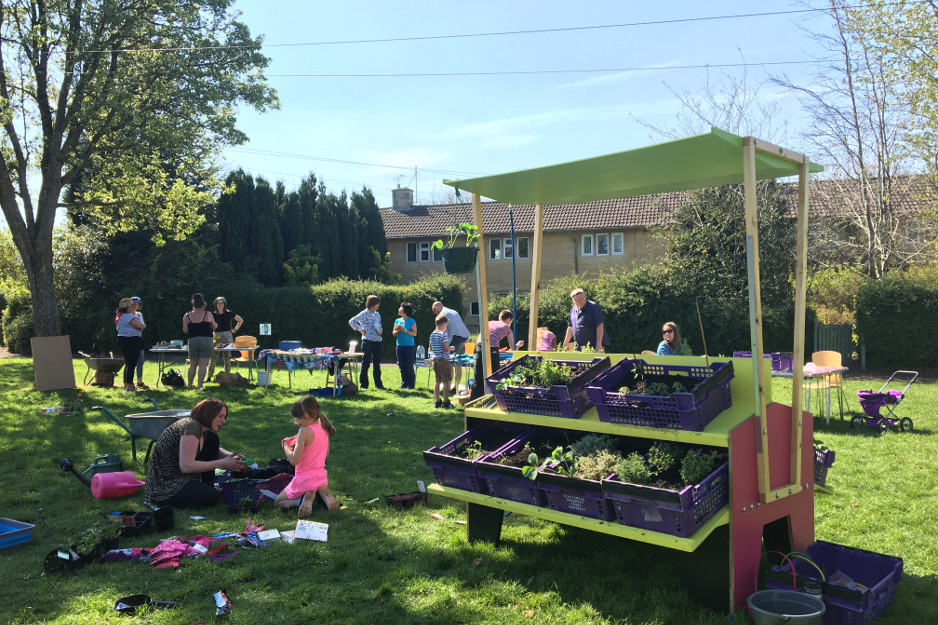 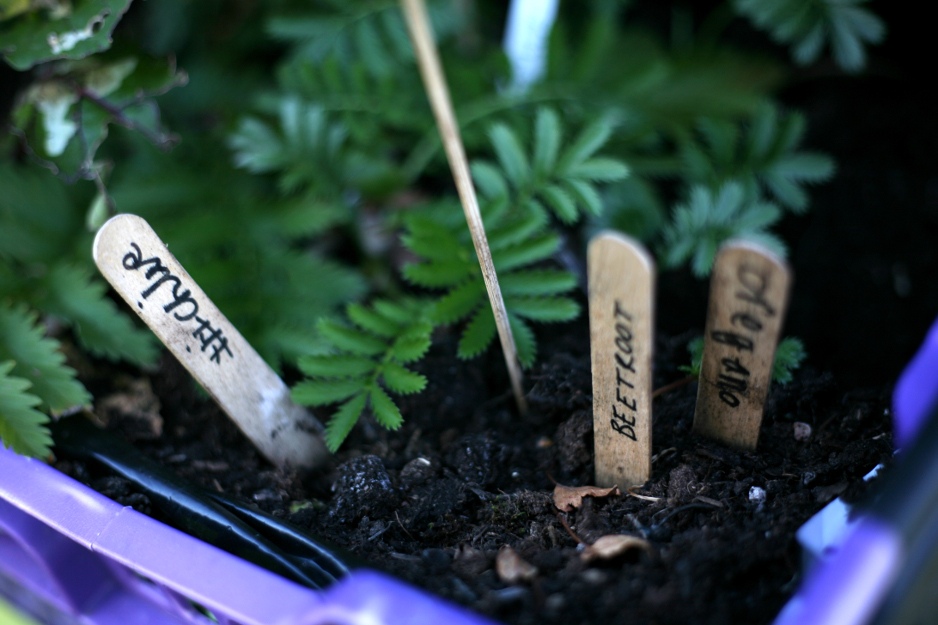 MOBIS was a participatory arts/gardening project conceived and developed for the post-war Foxhill housing estate in Bath by artist Lisa Cheung, working in collaboration with Avant-Gardening, a socially-engaged arts and environment project based in London. Lisa and Avant-Gardening have worked together for several years on projects including Operation Deep Freeze (a mobile ice cream making and tasting unit) and the Mobile Allotment for the Nightingale Estate in Woolwich.

Foxhill is an area undergoing great change. Mulberry Park, a new mixed-use development including 700 new homes, a community centre and primary school is currently being built on a site adjacent to Foxhill. Curo, the social landlord for 70% of residents in Foxhill, is also looking at how best to upgrade and renovate the existing housing on the estate.

The artists were originally invited by Suzanne Heath back in 2015 to develop a project for Foxhill residents to help deliver upon themes within her 2015 Art Plan for Foxhill and Mulberry Park (commissioned by Bath Bridge and adopted by Curo) ‘growing & making’, ‘exploring & playing’ and ‘meeting & sharing’. Curo committed initial financial support to the proposal with a view to encouraging and increasing cultural activity and engagement in Foxhill, and animating some of the under-used local spaces. The project was subsequently awarded funding by Arts Council England and local Bath & North East Somerset councillors.

The MOBIS artwork consisted of two growing kiosks designed and made by Lisa Cheung in collaboration with designer Sammy Delgado Escobar of Konvertible. The kiosk design incorporated a canopy for rainwater collection, and shelving for the storage of the mini allotments (made of purple plastic crates recycled from a local dairy). The mini allotments themselves are the modular element of the artwork structure, enabling the allotments to be moved around easily. The artists also built several oversized cargo scooters – based on a low-cost design commonly used in Africa – that were used to transport the mini allotments around the estate and between the kiosks.

In Autumn 2016 after MOBIS was launched – at the first ever outdoor film screening in Springfield Park in Foxhill – the MOBIS kiosks toured to Edge Arts at the University of Bath in 2016 as part of their show Know-How. In Spring 2017 the MOBIS kiosks were moved to two small existing green spaces outside housing on Sedgemoor Road and Meare Road, at the heart of the Foxhill housing estate, and planted up. Plants grown at the kiosks with the support of residents have included herbs such as sage, parsley, rosemary, chocolate mint and oregano as well as tomatoes, beetroot, carrots, strawberries, peas and flowers such as pansies and rockery plants.

The kiosks became small-scale outdoor venues for activity, and enabled the artists to meet local residents who came along to events held at MOBIS. Residents began to help water and care for the plants and refill watering cans. Events held at MOBIS in Foxhill included a seed swap (an event held in collaboration with local organisations Blooming Whiteway, DNA Arts and Vegmead), family-friendly workshops including cyanotype photography, ice cream- and bath bomb-making and a mini zen garden making workshop. MOBIS also functioned as a venue for free 5-minute massages for local residents and outdoor yoga for families.

The MOBIS project had storage space inside a garage on the Estate rented from Curo the social housing association. This space was shared with other organisations active in the area including Sustrans and FilmBath.

MOBIS concluded with a special harvest event in October 2017 that celebrated the project and gained feedback from local residents.