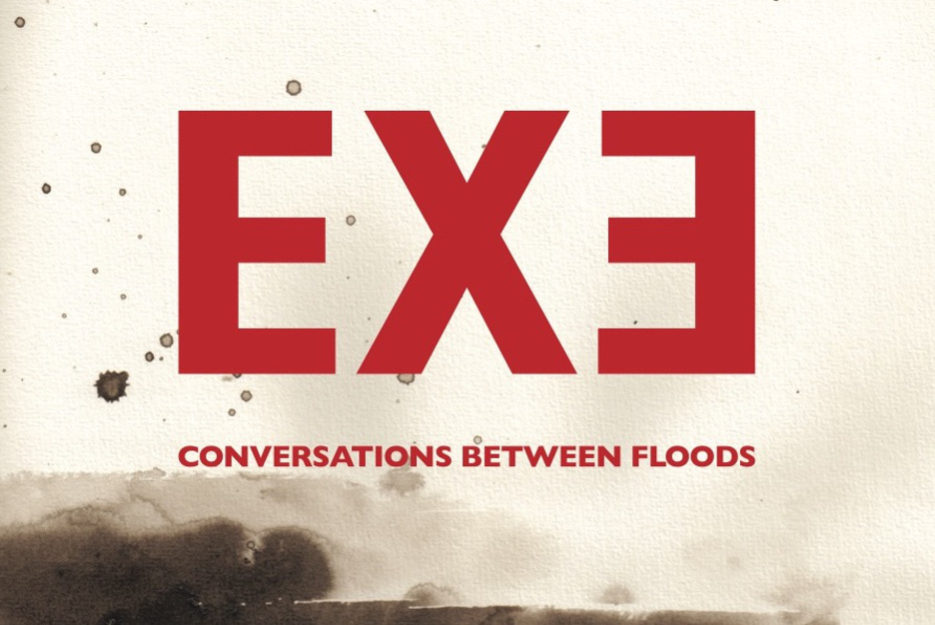 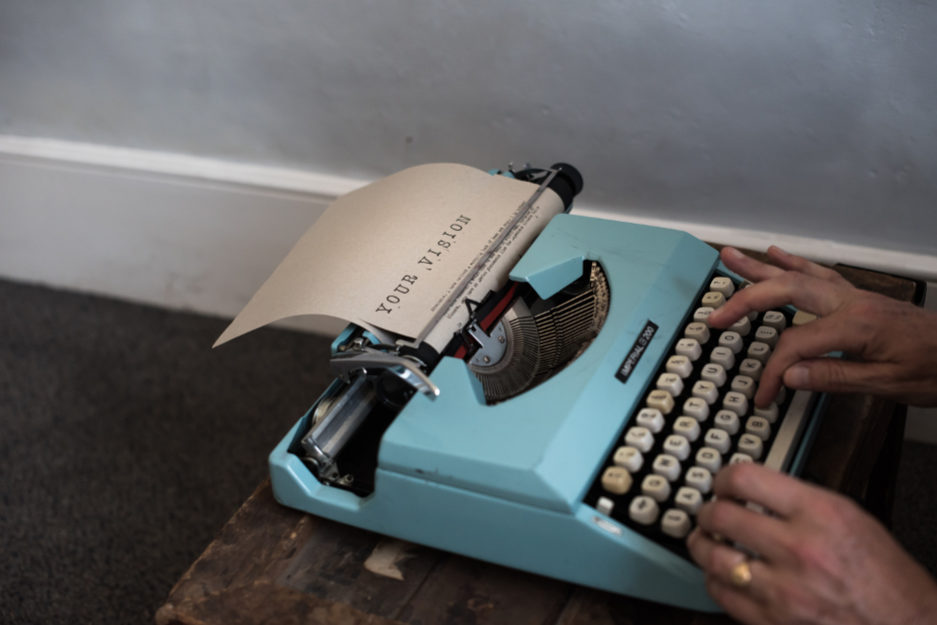 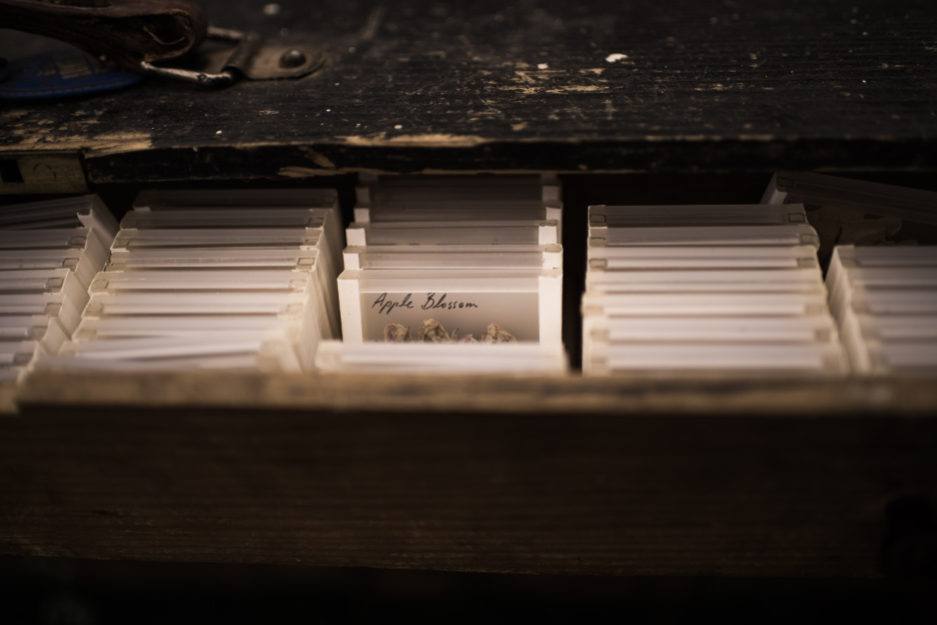 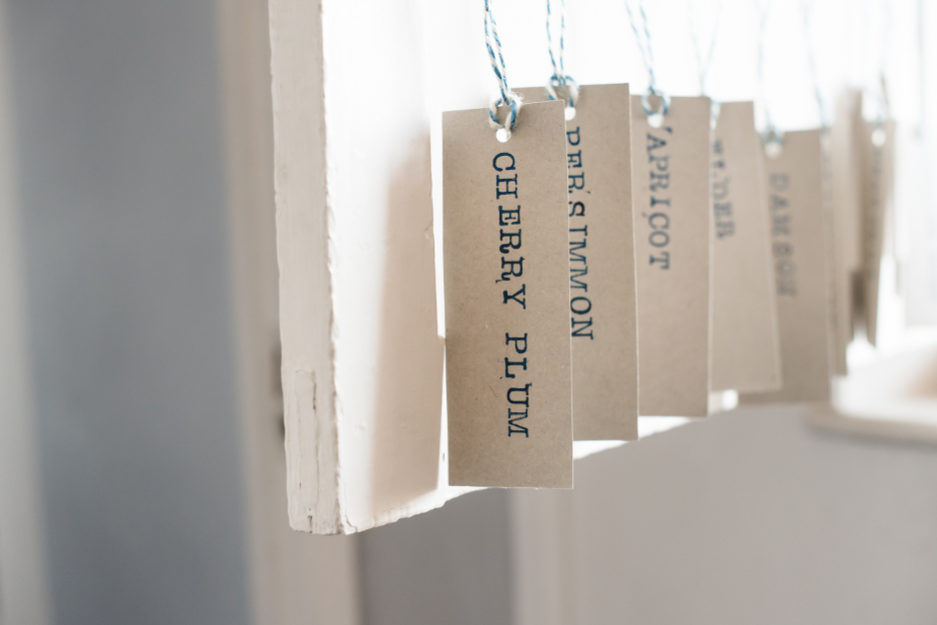 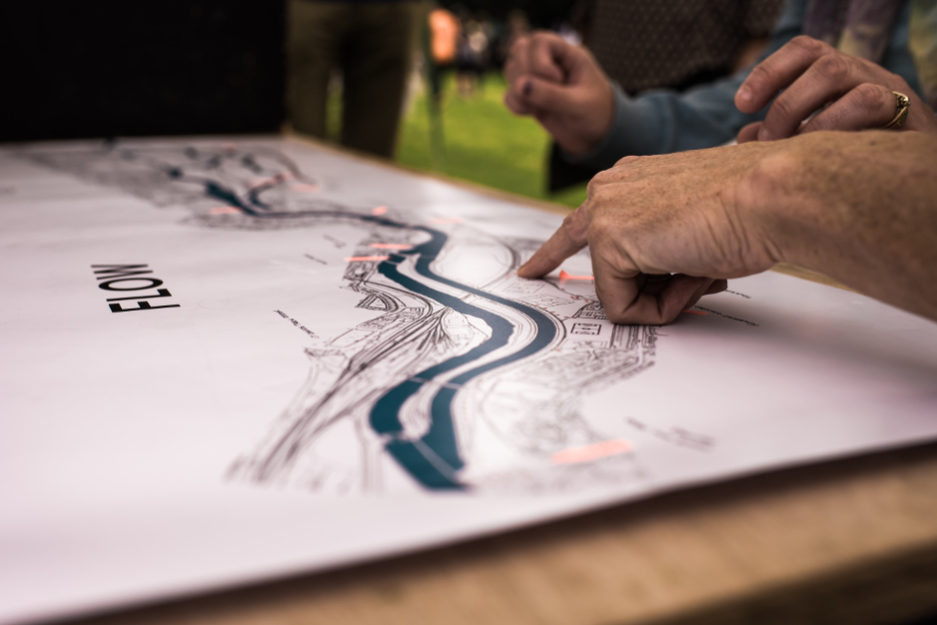 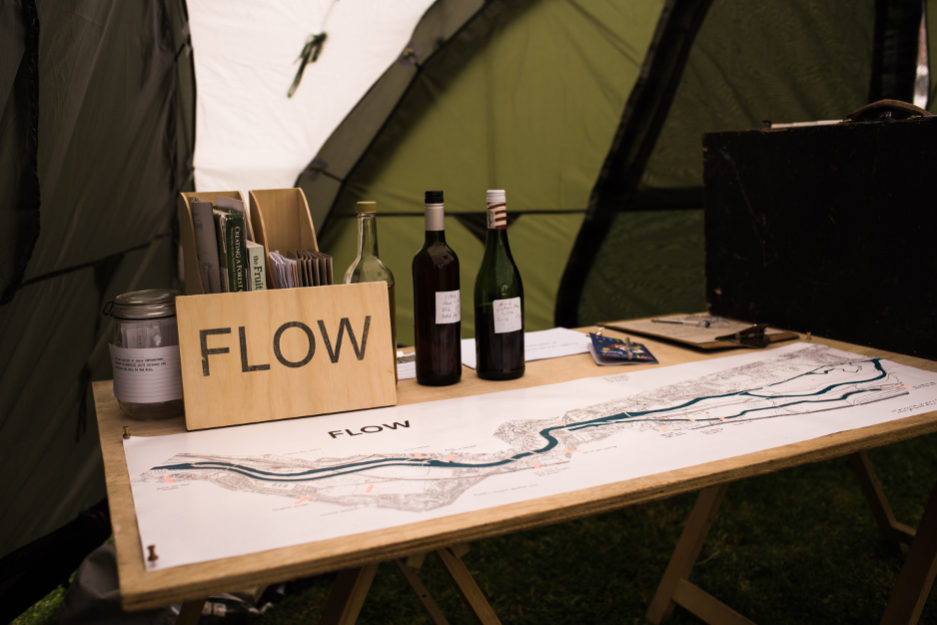 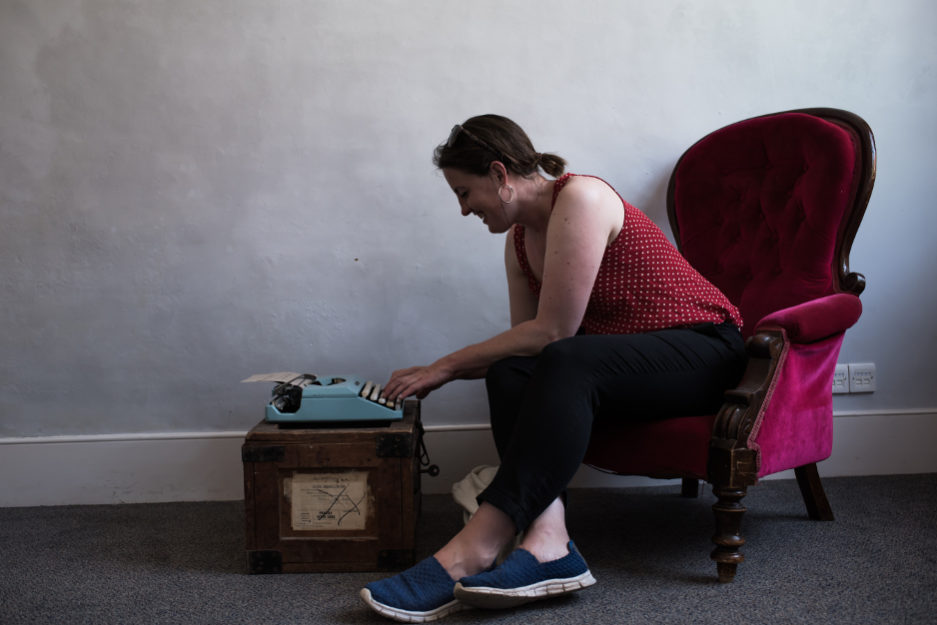 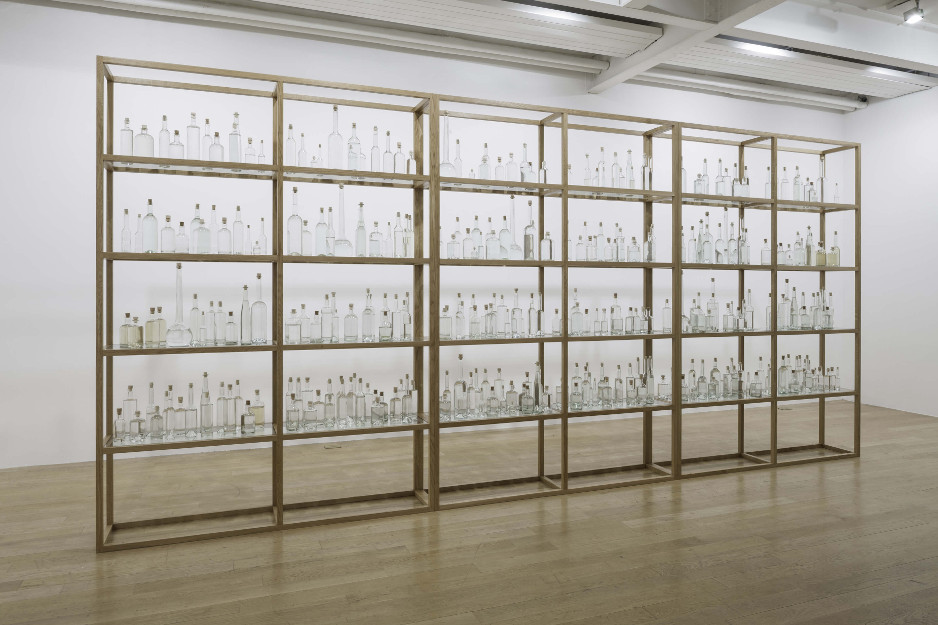 Artists Tania Kovats and Anne-Marie Culhane were both commissioned by East Devon District Council to develop new work for the public realm responding to a £31m programme of flood defence improvements in Exeter.

The projects have grown out of the aspirations of the Exe Riverside Valley Park Art Plan and activities in 2015/16. Both artists are based in Devon and produce site specific work rooted in place and the natural world.

The new works created by the artists during 2017 aimed to generate a wider conversation in Exeter about the impact and consequences of flooding in the city, and raise greater awareness and understanding of the surrounding issues. The arts programme resulted in new temporary public artworks, artist-led planting within the Exe Riverside Valley Park and there were also opportunities for residents to take part in activities. A special public event was held that provided a chance to discuss issues raised by the artists.

Kovats’s project ‘EXE: Conversations Between Floods’ investigates and responds to the politics, policies, impacts and potential solutions that surround flooding: a complex, long term problem in Exeter. Kovats has a particular focus on the poetic and psychological nature of water as a connective element in the landscape, in conjunction with environmental and cultural concerns. For this project Kovats has focused her research on how rivers form the identities and histories of the places they run through, and determine their futures. She sees water as the element that has our human histories and stories flowing through it. Flooding disasters have always been part of the story of living close to water. Kovats has spent time researching the flood stories of the river Exe and this forms the content of the new work she is making for her commission: a newspaper to be delivered to local residents. A special free event including invited speakers was held at the Royal Albert Memorial Museum on 10th November 2017 linked to Tania’s commission.

Culhane’s project ‘FLOW’ has resulted in the establishment of a new river orchard in Winter 2017/18, creating a 4km foraging route of fruit and nut orchards and fruiting hedgerows to entice people to explore the Riverside Valley Park. The project has created a richer habitat for insects, animals and humans along the River Exe in the Riverside Valley Park, enhancing biodiversity and highlighting our connection to local food and the common land. In a new collaboration with artist Amy Shelton, Culhane created Orchard Box, a mobile artwork that was taken to community events to share ideas and information. Culhane also took local groups running on the site to explore the relationship between trees, breath and carbon.

The projects were funded by Arts Council England, Eagle Land and Exeter City Council and were project managed by Suzanne Heath on behalf of Ginkgo Projects working closely with East Devon District Council. The project was overseen by a steering group including representation from local arts organisation Exeter Phoenix, the local authority, the Environment Agency and the University of Exeter.